It all starts out like any other self taught musician that was and is a music nerd.

I like to use one phrase to include it all.
Meaningful accidents happening consistently in my life

I started playing an old classical guitar my brother bought but never played when I was in 9th grade. My main inspiration was at that time bands like Linkin Park – typical teenager band that later on lead me to heavy metal, mostly Metallica and the other Metal mainstream heavy-weights.

That follow with me putting some heavy acoustic strings on my classical guitar with an action way higher than my knowledge of guitar – downloaded guitar pro and thought ” what is the easiest song on guitar?.. ” The conditions had to be 2 –  Open strings and short, very short. I rebelled against the “nothing else matters” open string guitar beginner culture and opted for
zombie by the cranberries – needless to say, I had all wrong ofc.

After some months of that I decided to take real lessons – so after a whole lotta of 3 guitar classes and learning some a bit of theory and one classical piece the teacher bailed out on me and i never took formal guitar lesson again in my life!

I continued down the self taught path wit heroes like Lick-Library and online guitar teachers that layered in my day by day some knowledge. My guitar heroes changed from Metal guitar to Finger style Acoustic guitar and then to funkier ones like Nuno Bettencourt and Later to Slow Hand Gods like David Gilmour.

And in Nuno’s words:

Sharing with you the only song I learned being a 15 year old kid on his 3 days guitar course – still my best performing YouTube video though.

This whole mixture of different genres from Metal, to rock, to funk rock and to acoustic music led to playing in cover bands that cover a lot of genres – That’s where music got a bit more serious. Why? Cause i was lucky to find a band that had a Studio and we rehearsed for 5 hours a day, everyday for years!

In the end we didn’t play many shows cause you know. Small country not a great musicscene and to much pop music going on! – but it got me on the right foot of starting to learn guitar the right way and start to serve the songs better.

The I got into Rockstock – Biggest Rock Club in Albania, for the first ever Pink Floyd Tribute show where I was playing David Gilmour Leads for hours! That got me in the clubs resident band for some of their projects

All started moving until I met the guys from my now days band – the coolest rock/blues trio ever!

Years of being a player in acoustic projects and also also session band member followed up with no hint of recording in sight- until…Well.. until I learned that It could be done at home and that i didn’t need a PhD for it or big words for music theory and gear! I used to play session across my city in studios, but i was always hired from the producer and didn’t feel much like i was part of it – plus the pays was terrible – pretty much like most jobs in my country.

With no recording gear and knowledge whatsoever and no Money to buy it  I started my first online sessions from my friends home – who is a remote mixing engineer for some famous label. Days went working my day job (did I mention I do some marketing nerdy stuff to?) and nights at my friends home recording gigs half asleep.

Months later my first sound card was shipped and things started rolling – some years and  hundreds of online sessions later here I am still offering my services – but quite more confident, skilled and willing to SERVE YOUR SONG.

I want to get to know your music and ideas first and have a chat as fellow musicians.

If I aim to record the best musical ideas on top of you creations – or create music based on your vision, then a conversation is due. 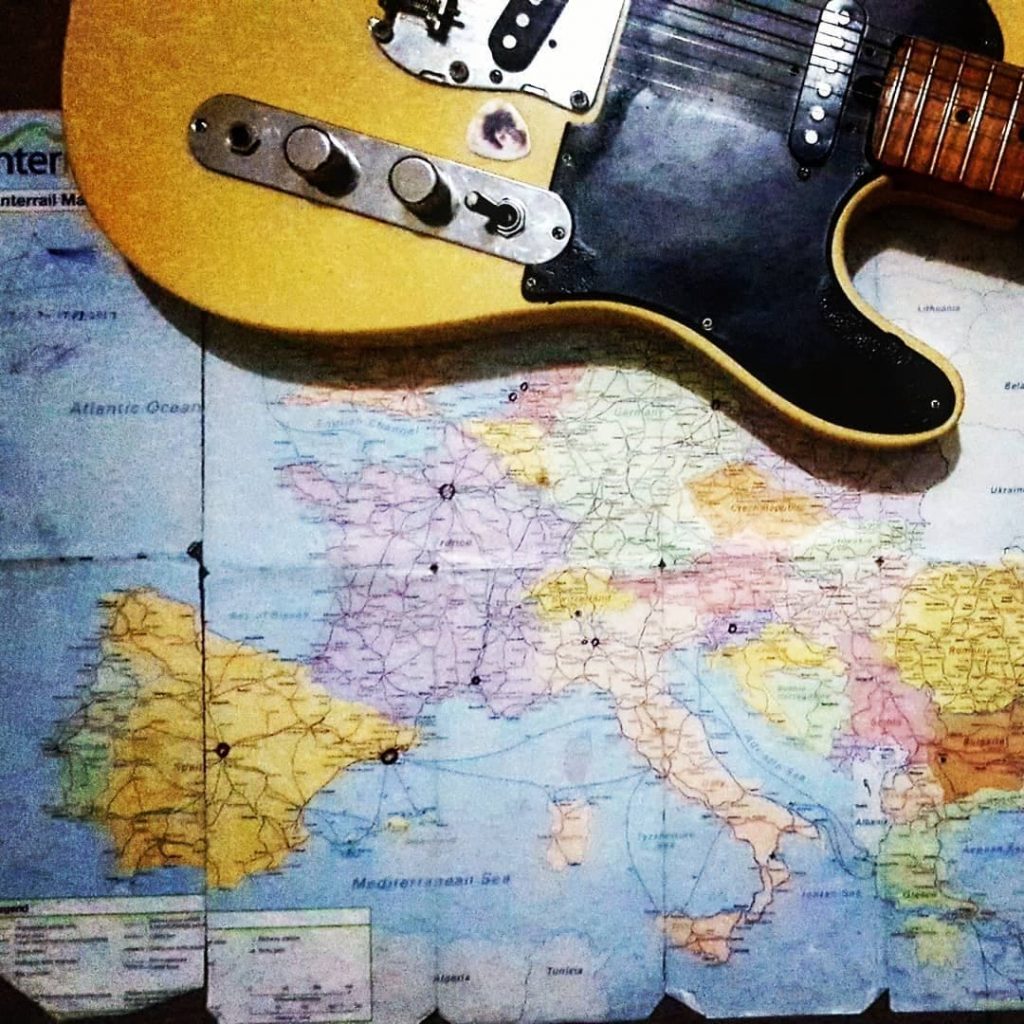 If you want to learn guitar the practical way - then I'm your guy.
Hit me up and let's have a chat