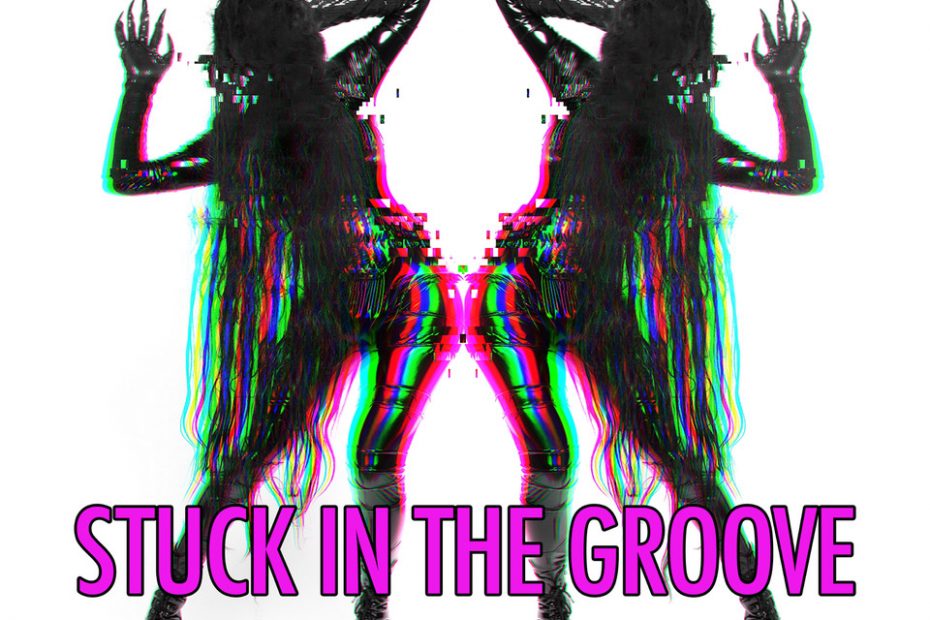 In this Interview article I would love to introduce you to the unique Ladonna Rama. An electronic music artist and producer that mixes the style of the pioneers of 90s electronic music, pop icons, modern psy music with an added touch of live instruments – All under a distinctive style and “brand” that tells the story of her lifestyle and of a musical scene.

On various occasions I have met artists who challenged me as a musician but also as a music lover. If I were to describe my experience in recording the tracks for her I would say “surprisingly easier that I thought” followed by “way more fun that I expected!”

Being a session guitar player, rock musician and all that, I rarely find myself playing in this type of electronic music where the guitar realm is often forgotten and there is hardly any place in the mix for distortion anymore.

The result to my surprise was that the guitars fitted in so well that I had to jam over “stuck in the groove” and still found new ideas on every take.

On a musical analysis I think that the 80s vibe of the music, the chord progression and almost “rock” feel in the dynamics of the tracks are what drive the song forwards and make a bed for the guitars to peacefully rest in the mix.

Check out Ladonna Rama’s music in the link below to get a feel of her art before reading the interview.

1- Tell me about what Ladonna Rama stands for and how was it born as a stage name?

Ladonna Rama is an aspect of my personality. She’s the little boy who wanted to grow up to be as glamorous and fabulous as Debbie Harry, Grace Jones or Madonna. I’ve been doing drag since I was a kid but the first time I did it seriously in the mid 2000s was really the day Ladonna was born. I was once introduced on stage as a combination of Madonna and Bananarama which I liked but it isn’t anything to do with Bananarama (though I do love them). It’s just a direct reference to my childhood idol Madonna.

Found out shortly after that Ladonna means “the woman” or even “queen” in Italian so it felt like a perfect fit. I added “Rama” as in “big event” because it rhymes but I like the campy religious or goddess connotation too.

2- Can you tell me more about your musical background? What do you think is your strongest point as a musician?

I started experimenting with sound at university when I was studying Fine Arts in the early 90s. I was using degraded cassette tapes and old cassette players to make experimental sound pieces. This was way before everyone had a laptop or digital audio software.. In about 2000 I discovered Fruity Loops which at the time was just a looper and sequencer with a few parameters for manipulating samples. I was making percussive/rhythmic tracks and my stuff was more sound as art. I was just playing really.

After this I started exploring drag as an art option and realized I didn’t want to lip sync to other people’s songs. I wanted to take it further. She needed something more original to do so I started mashing up stuff like David Bowie, Madonna and George Michael and adding my own vocals, beats and sound effects. At the same time I was playing around with different DAWs but it wasn’t until I got into Propellerhead Reason that I started learning more about song structure, electronic music production and songwriting which led to the release of my first full album in 2014.

I’ve always found it difficult to call myself a musician, even though I do all my own stuff. I rather like to say that I make music or I’m a producer. I feel like at my strongest I’m able to produce something that combines humor, darkness and queer themes in a futuristic and groovy way.

3- What are your main inspiration (genres and artists)

4- How is the electronic music scene in Japan? Do you play regular shows?

It’s very deep and diverse. For any genre or sub-sub-genre you can imagine there’s a subculture that devours it. The weirder the better. I don’t play regular shows at the moment cos most venues are locked down, dead or gone out of business with COVID. I’ve  been doing a few online events live from the Karaoke bar where I mash up my song lyrics with well-known 80s tracks. That’s been really fun!

5- What is your typical songwriting process. Do you have a more classical approach like writing first some piano progression – or do you come up with a beat and come up with some lyrics and melody for it?

I often like to start by playing around with a bassline and build the track around that. Other times there might be a song I’m obsessed with or want to emulate in some way so I use it as a kind of foundation. That could be a mood as inspiration or an interesting song structure. Lyrics are tough for me but the initial idea will sometimes come unexpectedly as a fragment when I’m taking a shower or walking alone.

Other times I’ll just listen to a groove I’m working on and adlib a little until something comes out. Maybe I can shape what comes out into a hook or a phrase that is strong enough. Depending on the track I’ll fire up Masterwriter and get some rhymes happening as a way to flesh out the story but more recently I’ve stopped trying to force lyrics out and taken a more minimal approach. Just one or two strong couplets or a compelling phrase to loop.

6- How do you find the remote collaboration with musicians?

I have a lot of experience working remotely with session musicians, producers and engineers. With a platform like Fiverr it takes me a lot of research and you have to develop some kind of affinity. We never meet face to face so it’s just a feeling really and I know when I feel it. So in that regard it isn’t too different to face to face meetings. In fact it could be easier in some ways because you don’t have the physical layer to cut through. I’ve had some not so exciting experiences where maybe I was rushing into things and being impatient or trying to force things. Things take time and sometimes you just have to sit and listen to the wind.

7- What made you decide to hire an online session Guitarist and add electric guitars to your song?

I wanted to take my stuff further and open up to new possibilities. I wanted some grunt, some energy and some sex. Working inside the box is great but it’s working inside the box and generally it sounds like it’s inside the box which can be sterile sometimes. But I like that too. When I was playing with midi guitar instruments I realized it could really come to life if I got someone playing on it. I’ve always wanted to do that and it almost happened in real life a few times so I’m really glad I took the plunge.

RELATED: HOW MUCH DOES IT COST TO HIRE A ONLINE SESSION GUITARIST

8- What is your goal as an artist at this point of your career?

I think my goal is in flux. The stuff I do is closely tied to my drag character but since relocating to Tokyo a few years ago I’ve moved away from having the motivation to do drag or go out to clubs mainly because I quit drinking. She no longer craves the spotlight like she once did so she’s been becoming more of a masked character that maybe exists in cyberspace or on the Internet or in a comic book. Where does that leave the music? The compulsion to create is still very strong. I’m still working it out, because the visuals are so important..

9- Balancing full time work and career in music is very hard! I can share that experience with you. How do you manage to do both?

I can’t say I manage to do both successfully. I’m often feeling stifled by my day job and sometimes I really resent it. Along with that comes guilt. Usually it’s a choice between working on music and sleeping. I’ve always been very all or nothing, so I’ll go long phases where I’m not too focused on music and more into getting to bed early. Then other phases where music is the focus and I don’t get much sleep. But I’m not complaining! I know I’m very lucky to have a satisfying day job, a regular pay cheque and the luxury of making music when I can find the time even if it’s on the fly.

10- What has worked for you when doing marketing as an independent artist?

A few years back I was getting a lot of good engagement and success. This last year I’ve seen a dip to the point where I even stopped using hashtags. I dunno maybe I was shadowbanned. There’s all kinds of conspiracy theories out there where certain types of queer-identifying artists are being pushed out of the usual platforms. So with this in mind I’m now a little more relaxed with social media and post a mixture of my music and performance content (including marketing posts) with daily life stuff whenever I feel like it. I really don’t want to be worrying about algorithms and numbers anymore.

I can’t say I’m very optimistic about social media but at the end of the day I do enjoy it and obviously it’s free promotion. It would be foolish not to utilize it in some way. A few things that work for me are sharing more of my daily life stuff which was a real step away because it was Ladonna’s social media (not Tim’s). But the followers love to see Tim too. I think I made mistakes in the past where I was only posting content that was pushing my music or not marketing very much at all.

I’m now following the rule of seven where you fashion seven different ways to market or promote the same product. Psychedelic video snippets promoting my music on insta tend to get a lot of engagement. I stopped using a Linktree and started linking back to my website to get a bit more traffic there. I’ve also started a sporadic blog. I’ve found some good engagement with these but I think it’s more important for me to be able to ENJOY these things rather than obsess about numbers and likes. Not for it to feel like an arduous task but to have fun with it and not just post for the sake of it.

I’ve had an entire finished album and remixes on my hard drive for over a year but it’s been a weird year to say the least and I scrapped the idea of releasing an album and released 3 singles last year with loads of remixes. I decided it’s time to get the record out and so it’s due for release in February. It’s called “Animals”. I really need to get the new stuff out there because I have so much more in the works and want to move in a new direction. Post album I’ll put out a remix album. I’m working towards three concept EPs for this year. One will likely be deep house, another more industrial/acid techno and other will be keys and acoustic based. I’ve been working with a pianist who has reinterpreted some of my stuff on piano and rhodes. I can’t wait to see how that turns out!